Virtual Lunchbox Talk: More Than A Garden: What the Garden Writings of DâArcy McNickle Tell Us About Indigenous Encounters with Settler Colonialism

The registration period has closed for this event.

DâArcy McNickle (1904-1977) is one of the twentieth centuryâs most important American Indian writers, intellectuals, and political actors. In addition to authoring several classic works of fiction and history, he played a vital role in reforming federal Indian policy and cultivating a generation of young activists from the 1930s to the early 1970s. While much has been written about his novels, the diary he kept during these years has been almost completely overlooked. At first glance, it doesnât tell the stories scholars expect to hear about his lifeâa life typically cast as âa search for identity between Indian and white worlds.â This talk takes a closer look at his garden writingâone of the things that has caused the diary to be dismissedâand finds in it a crucial window into not only his experiential world but also one Indigenous personâs means of grappling with settler colonialism. In these ways, we will see that McNickleâs garden writing is about âmore than a garden.â 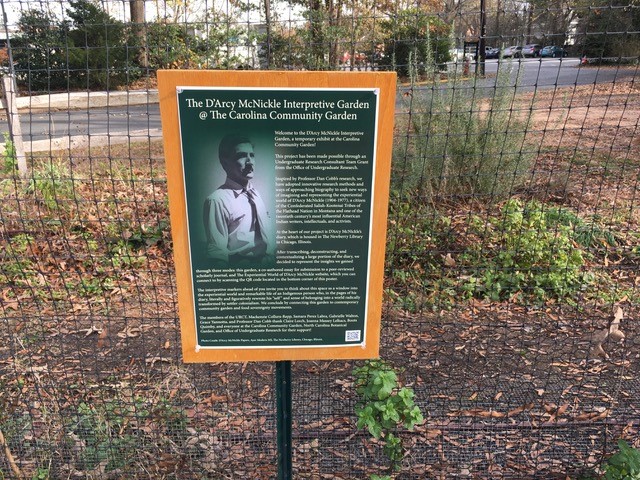 This Virtual Lunchbox Talk will be offered via Zoom Webinar. Information for accessing the event will be distributed the week of the talk.