The South Dakota Firefighters Association presents the 2020 SDFA Firefighter Conference.Â  Due to the cancellation of SDFA State Fire School we have scheduled a fall Firefighter Conference.Â  This conference will contain membership meetings, educational opportunities and some social events.Â  The event will be followed by the Annual SD Fallen Firefighter Memorial Service on Sunday.Â  Registration is only needed if you will be attending the events on Friday, Saturday and Sunday AM, if only attending the Sunday Afternoon Memorial Service no registration is required, that event is open to all.

NOTE: You must register by September 15th to be included in the noon meal on Saturday and Breakfast on Sunday.

Javascript Must Be Enabled In Your Browser To Register
Presenting

Steve Hirsch is training officer for Sheridan County Fire District # 1, Thomas County Fire District #4, and Grinnell Fire Department, all of which are 100% volunteer fire departments. Steve is the chair and KS director on the National Volunteer Fire Council and is currently first vice chair of the Kansas State Firefighters Association after serving as secretary from 2000-2018. His father started a rural fire district in north central Kansas in 1963, the year after he was born, so he grew up in the fire service. Steve is also the county attorney in Decatur County in northwest Kansas. He has a private law practice and serves as city attorney for 18 cities in Norton, Phillips, Graham, Mitchell, Rawlins, Decatur, Sheridan, Thomas, and Gove counties. 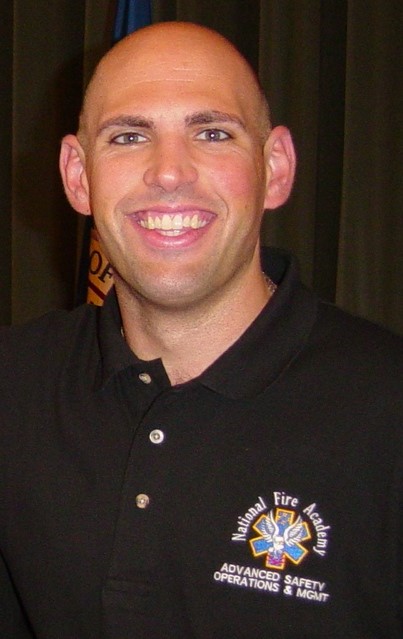 As a third generation firefighter, Rob Franklin has been blessed to be in the fire service his entire life. His top value is servant leadership.  Rob has served as both a career and volunteer firefighter.  He has risen through the ranks as firefighter, engineer, paramedic, captain, training officer, shift commander, and fire chief. Rob has been honored to serve The National Fallen Firefighters Foundation as a Life Safety Advocate for the past 15 years.  He is one of the primary trainers helping accomplish one of the Foundation’s mission of preventing fire fighter line of duty deaths; and has facilitated numerous programs and presentations across the country, including the Second Life Safety Summit in Tampa in 2014. Rob lives in Texas with his wife, Lacey, three kids, and Australian shepherd.  His career focus is firefighter health & safety, leadership, and professional development for his sister and brother firefighters across this nation so we can all leave the fire service better than we found it.

Due to the cancellation of 2020 State Fire School, your SDFA has scheduled a Firefighter Conference for the fall of 2020. This Conference will have learning opportunities, social events, Association Membership meetings and more.


Click here to view a copy of the Conference Schedule

If your department is a paid member of the SDFA cost for the State Fire Conference is $10.00 per registrant

If your department is NOT a paid member of SDFA cost for State Fire School is $25.00 per registrant