Due to inclement weather, New Faculty Academy: Reflection on Teaching and As a First Year Faculty Member: Challenges I've Faced, Surviving to Thriving My Second Semester has been changed to a webinar ONLY – please do not come to the CTE office.

To attend the webinar, log-in as a guest at https://us.bbcollab.com/guest/f0018cd7721c42fd8f26bea580ccfd2e. This is a Blackboard Collaborate session.

The webinar starts at 8:30 a.m. and we kindly request participants to enter the session at least 15 minutes prior to the start time and no later than 8:35 a.m.

This session is designed to provide an opportunity for first year faculty members to ask questions and receive feedback concerning their first semester at UofSC.Â Newly-hired faculty will also receive effective tips, principles and best practices to help them be successful as they move forward in their career. Dr. Nate Carnes and Dr. Augie Grant will lead a facilitated discussion on challenges first year faculty members may face.Â

This session will assist you to survive and thrive in your career to helpÂ newÂ faculty members to effectively balance their teaching, research and demands of a first year faculty.Â Please submit your questions or concerns when you register.Â All questions and comments will be anonymous.

Participants must attend a workshop in its entirety to receive credit for the workshop in their training records. Late arrival and/or early exit from a workshop invalidates receiving credit. If technology issues require rescheduling of a workshop, participants must attend the workshop at the rescheduled time to receive credit. These policies apply to all CTE workshops/events, including workshops that qualify as requirements/electives for a certificate of completion.
Facilitators 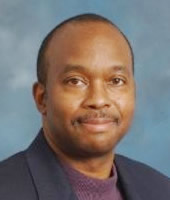 Nate Carnes is the Interim Director of the Center for Teaching Excellence. In addition to three teacher education degrees and a permanent Ohio teaching certificate, he earned his Ph.D. in Education Administration with an emphasis in science education at Miami University (OH). His teaching performances span almost 40 years and have resulted in several awards and citations of excellence at the University of South Carolina, state, regional, and international levels. Carnes’ scholarly activities explore pedagogical issues and innovations within and beyond science education. 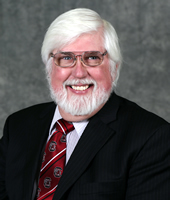 Augie Grant has been teaching at the university level since 1983. Grant earned his Ph.D. at the Annenberg School for Communication at the University of Southern California, and has spent the past three decades teaching, consulting, and researching emerging communication technologies and their application to business, education, and social institutions. Grant is best known as editor of Communication Technology Update and Fundamentals, which he created in 1992. In addition to exploring new communication technologies, Grant's research explores media audience behavior, convergent journalism, radio and television broadcasting, and applications of network analysis to the study of media organizations and audiences. Grant is past director of the Center for Teaching Excellence, past chair of the University of South Carolina Faculty Senate and is past president of the Broadcast Education Association. 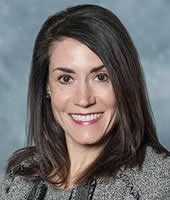 Stephanie Milling is the Interim Department Chair and Undergraduate Director of the Department of Theatre and Dance, as well as the Interim Administrative Coordinator of the Dance Program and the Head of Dance Education. Since her performing career, Milling has taught in a wide variety of artistic and educational environments. She helped author the 2010 and 2017 South Carolina Standards for Dance Education and edited the Curriculum Support Document that accompanied the 2010 standards. She is an active arts advocate in the state and nation and received the South Carolina Dance Association’s Advocacy Award in 2012 and currently serves as the Advocacy Director for the National Dance Education Organization. Milling’s creative and scholarly work revolves around the intersections of Women’s Studies and Dance, assessment, advocacy, and pedagogy.