Oktoberbest: A Symposium On Teaching

Registration for Oktoberbest is now closed.

The Center for Teaching Excellence is pleased to announce the 12th Annual Oktoberbest: A Symposium on Teaching. All UofSC faculty, instructors and graduate teaching assistants are invited to attend this free, in-person, one-day symposium focused on sharing best practices in teaching. At Oktoberbest you'll hear innovative teaching ideas and best practices implemented by your colleagues at UofSC. This teaching symposium features engaging and informative presentations on innovative approaches to teaching, assessments, course design, creative student learning opportunities, and successful implementation of new strategies and best practices.

Oktoberbest is free to all who teach or support teaching at UofSC, but is not open to the general public.

In order for attendees to personally track their current registrations and attendance, the Center for Teaching Excellence requires that all registrants create an account in our registration system and login to register for all workshops. 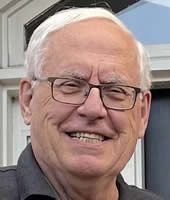 Lorin W. Anderson was born on the Iron Range of northern Minnesota, where his father was a welder and his mother, a grocery store clerk. Following graduation from high school, he attended Macalester College in St. Paul, Minnesota. After teaching secondary school mathematics for four years, he enrolled in a doctoral program at the University of Chicago. Anderson completed his doctoral degree in Measurement, Evaluation, and Statistical Analysis in 1973 under Benjamin S. Bloom, and accepted an assistant professor position at the University of South Carolina. He remained at the University for his entire career, retiring in August, 2006. He currently holds the rank of Carolina Distinguished Professor Emeritus.

Anderson's academic recognition rests on the publication of two major works. One is A Taxonomy of Learning, Teaching, and Assessing: A Revision of Bloom’s Taxonomy of Educational Objectives, published by Pearson in 2001. The other is Increasing Teacher Effectiveness, Second Edition, published by UNESCO in 2004. The royalties from the first publication are used to provide small scholarships to first generation college students who attend the University of South Carolina and who intend to work in the field of education.

Since his retirement he has served as a consultant to organization, agencies, and ministries of education in Asia, Europe, and South America. He is a member of the International Academy of Education and currently serves as its President. Finally, he is a co-founder of the Center for Preparing Teachers of Children of Poverty, which is housed at Francis Marion University, is celebrating its 14th anniversary, and was the recipient of the Dick and Tunky Riley WhatWorksSC Award for Excellence in 2014.