Who are the Veterans on Campus? Untangling the Identity from the Experience

Join us for a panel discussion with student veterans. Like most endeavors, serving in the military is a very subjective experience. Not all veterans go to war and those who do may not be negatively affected by it. After their time in the military ends, many veterans transition into education or training programs. There are hundreds of veterans, at all levels, on the UofSC Columbia campus alone. Come engage with a few of them about their education experiences and also meet the staff who support them.

This workshop is an elective session for a certificate of completion in Teaching Towards Inclusive Excellence.

Participants must attend a workshop in its entirety to receive credit for the workshop in their training records. Late arrival and/or early exit from a workshop invalidates receiving credit. If technology issues require rescheduling of a workshop, participants must attend the workshop at the rescheduled time to receive credit. These policies apply to all CTE workshops/events, including workshops that qualify as requirements/electives for a certificate of completion.
Facilitator and Panelists 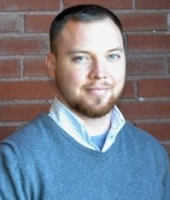 Steve Wahle is a PhD candidate in the College of Social Work. He studies veteran identity and the history of social work. Wahle also holds research appointments at two VA hospitals and is also studying student veteran identity on the Uof C campus. When not doing social work or research, he hangs out with his very cool wife and daughters eating pizza, reading, and walking in the mountains. 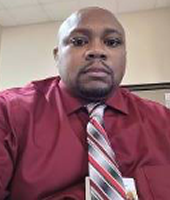 Merrell Lowe was born in Gulfport, Mississippi. He received a B.A. in Social Work at the University of South Carolina in 2021. He is currently in the Advance Standing program pursing his master’s degree in social work. Lowe does his internship at Amedisys Hospice in Sumter, South Carolina. During ndergrad, he received the Outstanding Student Field Award for 2021. Also, at his current field placement he received the Amedisys Volunteer of the Year award for 2021. Merrell is a strong advocate for and is hands-on with veteran patients in hospice. His professional interest focuses on working relationships with veterans who are in hospice care and the Veteran’s Administration.

During his spare time, Merrell organizes veterans’ breakfast one a month and  also serves as a guest speaker at local veteran events. He serves as the Executive Board Advisor and the Secretary of Veterans Affairs in the Graduate Student Association (GSA). He served in the US Army as an Automated Logistics Manager and Multiple Launch Rocket Specialist.  Merrell is a frequent speaker at multiple veterans and Amedisys Hospice events and serves as an official for the South Carolina Basketball Officials Association. He resides in Sumter, South Carolina with his wife, Shamicka, daughter Miya and son Isaiah. 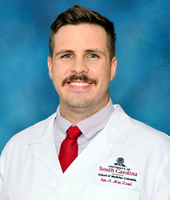 Ian MacLeod is a Marine Corps veteran having served with the 1st Battalion, 6th Marine Regiment and 1st Battalion, 2nd Marine Regiment as an infantry squad leader. Following his service, MacLeod graduated from Robert Morris University with a degree in Biomedical Engineering, and matriculated to the University of South Carolina School of Medicine where he is currently a second year medical student.  He is active in the American Medical Association where he works to write and support policy that serves veteran’s health needs, as well as the USC School of Medicine Military Medicine Interest Group where he serves as the Veterans Outreach Coordinator. When not studying, MacLeod enjoys playing guitar, cooking, and spending time with his two daughters and wife. 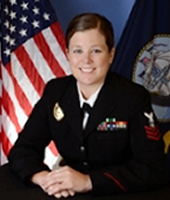 Colleen Dibble was born and raised in New Jersey. She graduated from Purdue University in 2009, and then enlisted in the United States Navy as a Master-at-Arms military police officer. Her first assignment was in Misawa, Japan, where she served as patrol officer and watch commander, taking part in the 2011 humanitarian mission, Operation Tomodachi, following the 9.0 Great East Japan Earthquake. Her next assignment was at Naval Support Activity Bethesda, Maryland where she served as a law enforcement officer in relief support following the September 16th 2013, Washington Navy Yard tragedy. During her time at Bethesda, she established the Crime Prevention Program where she hosted over twenty-five community policing events, creating over 300 volunteer hours for her fellow Sailors while making a lasting impact on the surrounding community. She served as a Physical Security Specialist within the Antiterrorism Division, conducing over 100 physical security surveys, evaluations and training to increase overall readiness throughout Naval District Washington, D.C. In May of 2015, she received her Master’s Degree in Administrative Leadership from the University of Oklahoma. Her awards include the Outstanding Military Volunteer Service Medal, Navy and Marine Corps Achievement Medal, Humanitarian Service Medal, Navy and Marine Corps Commendation Medal, Global War on Terrorism Medal and National Defense Service Medal.

Eric King earned his bachelor’s degree in behavioral science from Duquesne University and his MSW from the University of Southern California. He received his LISW-CP to practice clinical social work at the independent level within the state of South Carolina.

Prior to Entering the Ph.D. program, Eric was an outpatient mental health therapist for almost three years at the Williams Jennings Bryan Dorn Veteran Affairs Hospital in Columbia. He is interested in analyzing American military recruitment policy and mixed-methods research with a focus on veterans and military recruits.