Discover the many voices that live inside you! You'll be encouraged to take chances, explore a sampling of different characters, and create a brand new character that has never been done before! This preliminary class prepares you for more in-depth study in the character track.

Classes at the beginner level are for students who are starting out in voice over or who have just begun a new track. These classes open the door to further study within any given track.

Save BIG with the Beginner Bundle

Bundle all four beginner classes in your cart and get Intro to VO for free ($50 savings!)

All four classes must be in your cart in order to receive the discount. 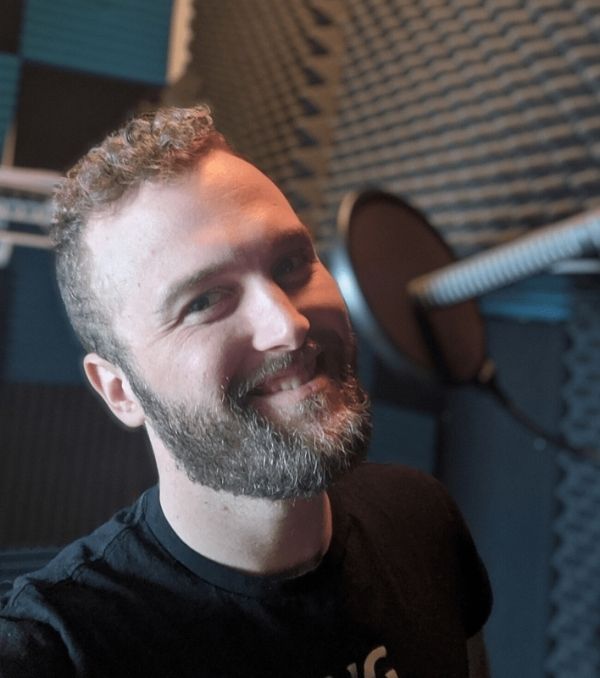 (he/him) Danny began his voice over career at Berkeley Rep School of Theatre in 2015 in Sally Clawson’s Beginning Voice Over class, and from the first day of class knew this is exactly what he wanted to do with his life. He quickly signed up for every voice over, acting, and improv class he could find online and in-person across the Bay Area and Los Angeles, diving headfirst into the world of VO and never looking back. With a background in linguistics, Danny excels in dialects in addition to fluency in French, Spanish, and Portuguese.

Danny is represented by Stars the Agency in San Francisco. While his strength lies in character work, he is no stranger to commercials and narration. Credits include 2K Games, Tonies, Amazon Music Unlimited, Facebook, the California State Fair, Eisenhower Health, UC Berkeley, and Creativity Inc.

In the TTRPG world, Danny serves as both player and NPC voice actor in several podcasts including Ain't Slayed Nobody.