A Woman Ahead of Her Time: Katherine Dunham and Afro-Caribbean Dance 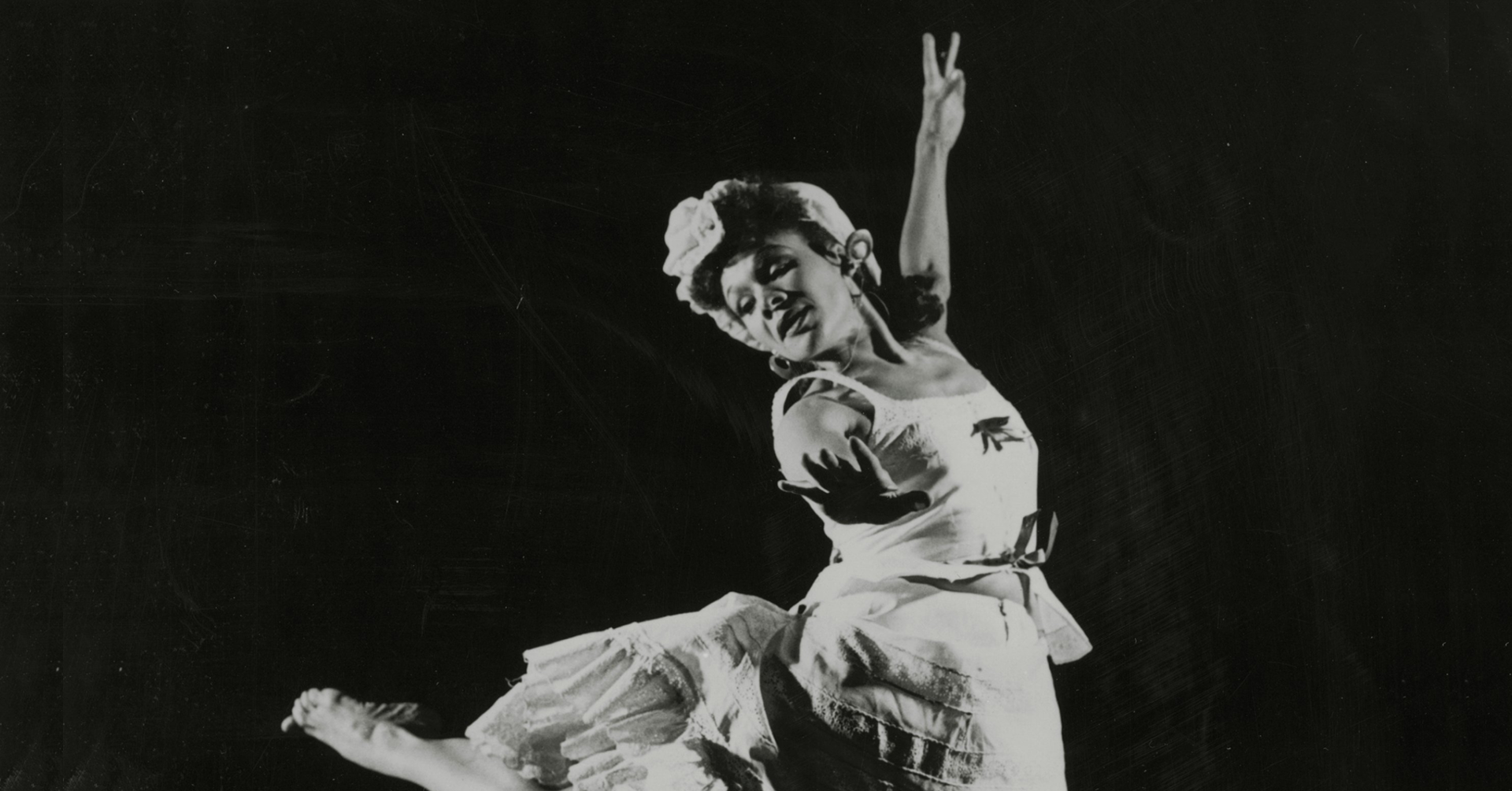 This program is free and open to all; please register in advance. The registration period has closed for this event.


This event is sponsored by the Paul M. Angell Family Foundation and is presented as part of Art Design Chicago Now, an initiative funded by the Terra Foundation for American Art that amplifies the voices of Chicago's diverse creatives, past and present, and explores the essential role they play in shaping the now.

Join us for a discussion and dance demonstration focused on the extraordinary life and work of Katherine Dunham. Choreographer, dancer, writer, and activist, Dunham is a featured figure in the Newberry's current exhibition, Chicago Avant-Garde: Five Women Ahead of Their Time.


Called the âMatriarch of Black Dance,â Dunham fused modern, balletic, and Afro-Caribbean elements into her groundbreaking choreography. In 1935, as a student of anthropology at the University of Chicago, she traveled to Jamaica, Martinique, Trinidad, and Haiti, studying island religions and rituals, including ceremonial dance. When she returned from the Caribbean, she found work with the Illinois Writers Project and wrote about the survival of African religious practices in Chicago through Black âcultsâ and storefront churches.

Dunham then took a position as dance director of Chicago's âNegro Unitâ of the Federal Theatre Project. In the 1940s, Dunham founded a school in New York and traveled the world for two decades with the Dunham Company. In the 1960s, she turned her attention to East Saint Louis, IL where she brought dance and drumming to an impoverished community and founded the Performing Arts Training Center. Throughout her life, she continued to teach, codifying many of her movements into the âDunham Technique,â a method and practice still widely taught.

In this program, Dunham's biographer Joanna Dee Das will be joined by dancer Amansu Eason, who will demonstrate the Dunham Technique.

Check out the exhibition catalog for Chicago Avant Garde: Five Women Ahead of Their Time.

This event is sponsored by the Paul M. Angell Family Foundation.

We look forward to seeing you at the Newberry, where you can also now visit our reading rooms, exhibition galleries, and bookshop.

Please note: This is an in-person event at the Newberry. Following guidelines from the Chicago Department of Public Health, masks are required for all attendees above the age of two, regardless of vaccination status.

In addition, we are limiting capacity to ensure social distancing is possible. If you feel sick on the day of the event, or have been in contact with someone who is sick, please stay home and visit us another time.

In compliance with an emergency travel order issued by the Chicago Department of Public Health, some visitors arriving from outside Illinois must take certain safety measures before visiting the Newberry.

We are closely monitoring developments related to COVID-19 in Chicago and will move this program online if recommendations from public health officials change.

Joanna Dee Das, Assistant Professor of Dance at Washington University in Saint Louis, studies dance in the African diaspora, musical theater dance, and the politics of performance in the twentieth century. Her book Katherine Dunham: Dance and the African Diaspora, won the 2018 de la Torre Bueno Best First Book Award from the Dance Studies Association. In addition to her scholarship, Joanna is a Certified Instructor of Dunham Technique and is passionate about teaching the history, theory, and practice of dance from a globally informed perspective. Her interests have also led to some fun side gigs, including serving as a historical consultant for The Rockettes.

Amansu Eason is a Certified Instructor of Dunham Technique and an adjunct faculty member at Columbia College Chicago. He began performing at age four with the Morning Bishop Theatre Playhouse, and at age ten began studying ballet, jazz, tap, and modern dance at Emerson School for the Visual and Performing Arts in his hometown of Gary, Indiana. In 2003, as a dance minor at Bowling Green State University with a major in Africana Studies, he was introduced to the Katherine Dunham Technique by Dr. Halifu Osumare. He credits the Dunham Technique for giving him an academic voice and the confidence to become a scholar. Eason has studied Dunham Technique at the annual Dunham Seminar in Saint Louis since 2008, and has been training for Certification since 2009. He has been a principal dancer with the Muntu African Dance Theatre of Chicago and has danced on stages across the U.S., Canada, Mexico, and Brazil.