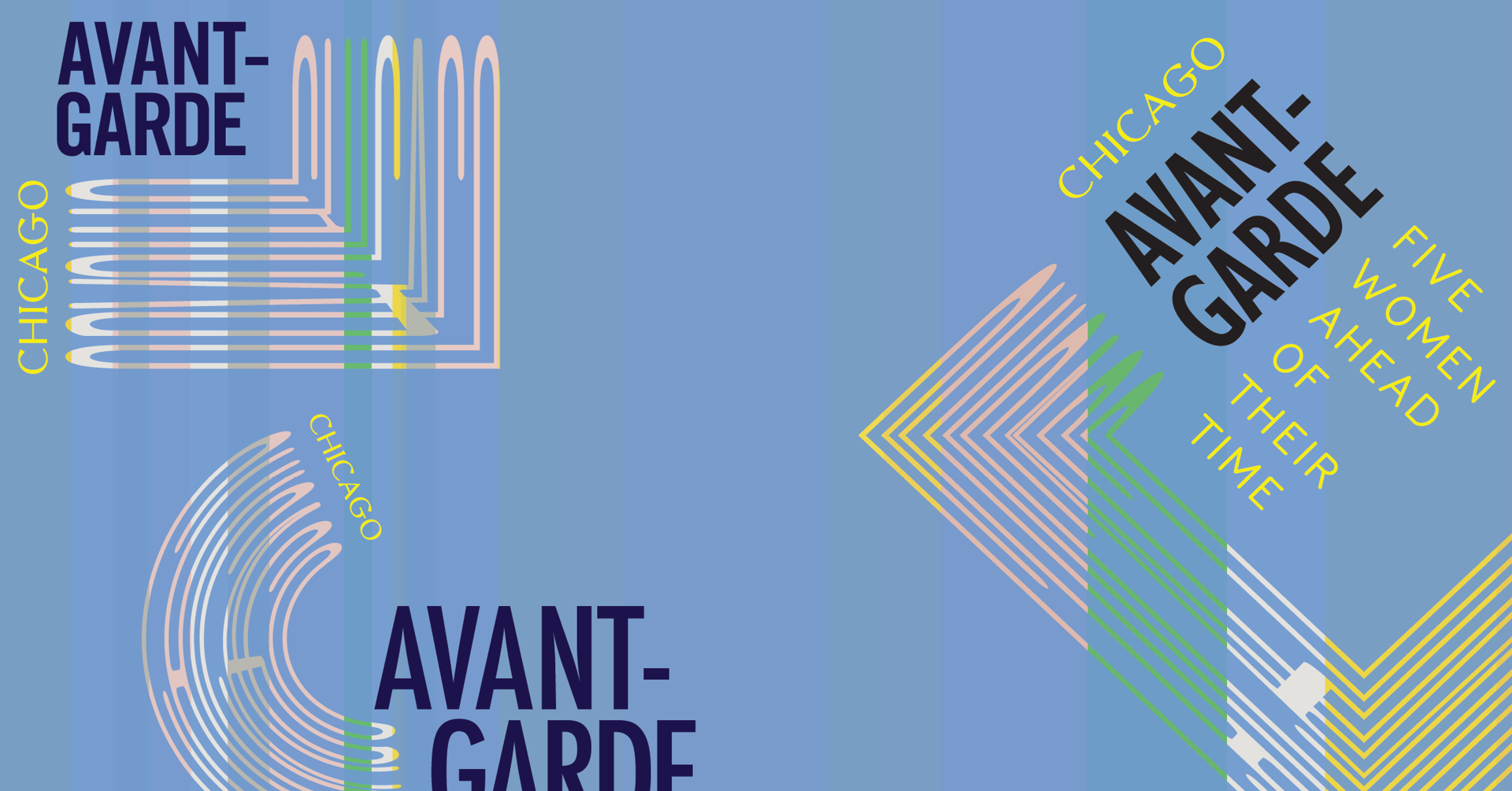 This program is free and open to all; please register in advance. The registration period has closed for this event.


The Newberry is using new registration system for our free public programs; you will need to create an account if you haven't already done so. After clicking the 'Register Now' button, you'll be prompted to either input your login information or click 'Create an Account and Register.'

Chicago Avant-Garde, now on view at the Newberry, tells the story of five Chicago women who took radical risks in their lives and their art, transforming their city into a hub of avant-garde experimentation in the process.


Featuring a range of items from the Newberry's collections, the exhibition is accompanied by a catalog that includes more than 100 photographs, an essay by exhibition curator Liesl Olson, and new poems by Eve Ewing.

In this discussion, Olson will talk with the catalog's designers â printmaker Ben Blount and artists Nadine Nakanishi and Nick Butcher of Sonnenzimmer â about the exhibition and how the catalog they created illuminates Chicago's avant-garde dancers, writers, and artists, past and present.

To demonstrate and document their creative process, Sonnenzimmer and Blount are producing a special edition print. Broadsides will be available to visitors to take home.

This event is sponsored by the Paul M. Angell Family Foundation and is presented as part of Art Design Chicago Now, an initiative funded by the Terra Foundation for American Art that amplifies the voices of Chicago's diverse creatives, past and present, and explores the essential role they play in shaping the now.

We look forward to seeing you at the Newberry, where you can also now visit our reading rooms, exhibition galleries, and bookshop.

Please note: This is an in-person event at the Newberry. Following guidelines from the Chicago Department of Public Health, masks are required for all attendees above the age of two, regardless of vaccination status.

In addition, we are limiting capacity to ensure social distancing is possible. If you feel sick on the day of the event, or have been in contact with someone who is sick, please stay home and visit us another time.

In compliance with an emergency travel order issued by the Chicago Department of Public Health, some visitors arriving from outside Illinois must take certain safety measures before visiting the Newberry.

We are closely monitoring developments related to COVID-19 in Chicago and will move this program online if recommendations from public health officials change.

Ben Blount is a designer and printer interested in notions of American identity, race, and culture. His work takes the form of letterpress printed books, broadsides, and ephemera, and more recently installation. He holds a BFA from Washington University in St. Louis and an MFA in Interdisciplinary Book and Paper Arts from Columbia College Chicago. Blount is a believer in the power of the printed word and shares his passion for print and design speaking to students and educators around the country. He also serves as a board member of Artists Book House and Fine Press Book Association. Blount currently prints out of MAKE, his storefront studio in Evanston, IL. He is also an Associate Creative Director at Razorfish Health in Chicago, working with healthcare providers and patients to make better connections for better outcomes.

Nick Butcher co-runs Sonnenzimmer, an experimental studio established in 2006 in Chicago with Nadine Nakanishi. Equipped with industrial screen-printing equipment, their studio specializes in hand-crafted posters, music packaging, and design work for some of Chicago's most recognizable cultural institutions including the Chicago Symphony Orchestra, Newberry Library, Museum of Contemporary Art Chicago, and Poetry Foundation. Butcher holds an MFA in Printmaking from the School of the Art Institute of Chicago (SAIC) and has taught at Northeastern Illinois University’s College of Arts and Sciences and SAIC’s Ox-Bow School of Art.

Nadine Nakanishi co-runs Sonnenzimmer, an experimental studio established in 2006 in Chicago with Nick Butcher. She studied Asian studies at the University of Zürich before transitioning to the arts and earning a degree in typography from the Berufsschule Zürich. In 2003, an internship at Punk Planet Magazine brought her to Chicago where she met Butcher. Their collaborative work can be found in the collections of the Art Institute of Chicago, the Design Museum of Chicago, Zurich's Plakatraum, the University of Maryland's Art Gallery, the Joan Flasch Artists' Book Collection at the School of the Art Institute of Chicago, Stanford University's Art and Architecture Library, and Vanderbilt University. Nakanishi has her own personal practice as a painter, sculptor, and screen printer and has taught at SAIC’s Ox-Bow School of Art.